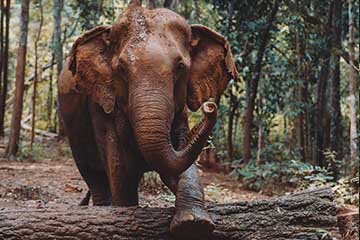 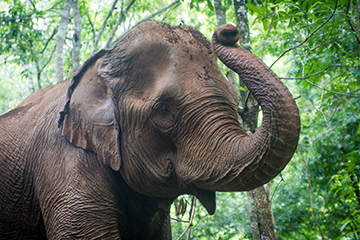 Welcome to the Mondulkiri Project 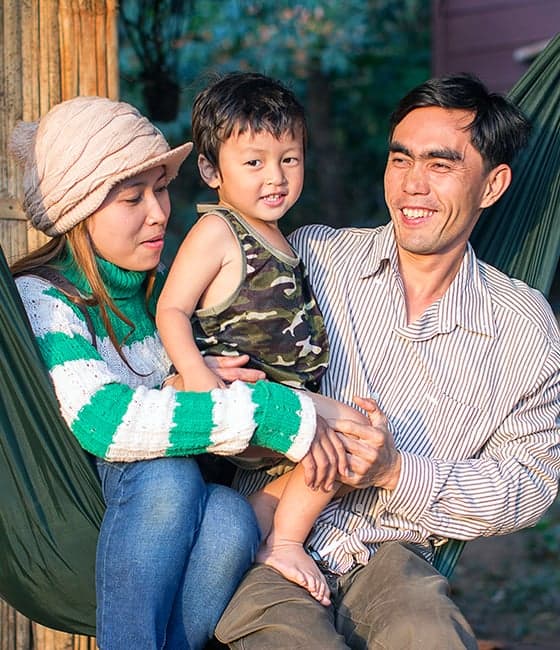 My name is Mr Tree. I hope you will come and visit the elephants living at the Mondulkiri Project elephant sanctuary.

The Mondulkiri Project is a registered Cambodian NGO. Your tour money is used to protect an area of forest for our elephant sanctuary. Money is also used to buy and rent elephants so they can live at our sanctuary and be kept away from elephant rides and heavy farm work. Our NGO also funds wild elephant protection and supports the local Bunong hill tribes with employment, medicine and food donations.

We are 100% Cambodian, and not owned and managed by foreigners. We empower locals by providing them with jobs at our sanctuary. We do not believe in having Western tour guides or Western volunteers taking paid work opportunities away from locals. 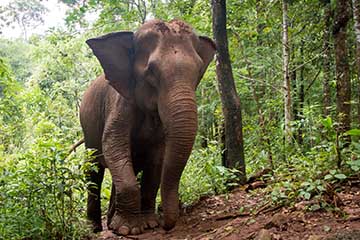 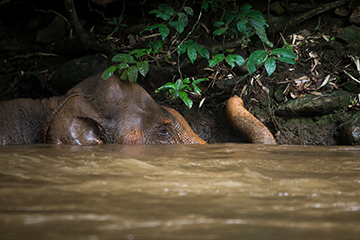 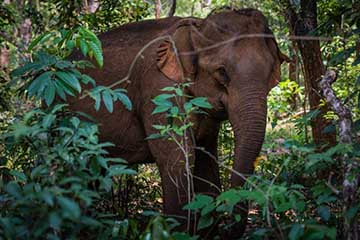 We let you feed and wash our elephants

Our managers and staff are Cambodian, not foreigners

We donate to wild elephant conservation

We let you feed and wash our elephants

Our managers and staff are Cambodian, not foreigners

We donate to wild elephant conservation

Feed, walk with and wash our elephants at our Jungle Sanctuary

Swim at the waterfall. Help with elephant washing to keep the skin clean

Relax in Hammocks at our Jungle Lodge

Tour runs 7 days a week.
Departing from Sen Monorom, Mondulkiri at 8:30am.
Bookings Essential via this website

Walk with, feed, and wash elephants in the jungle. Swim at waterfall

Tour runs 7 days a week.
Departing from Sen Monorom, Mondulkiri at 8:30am.
Bookings Essential via this website 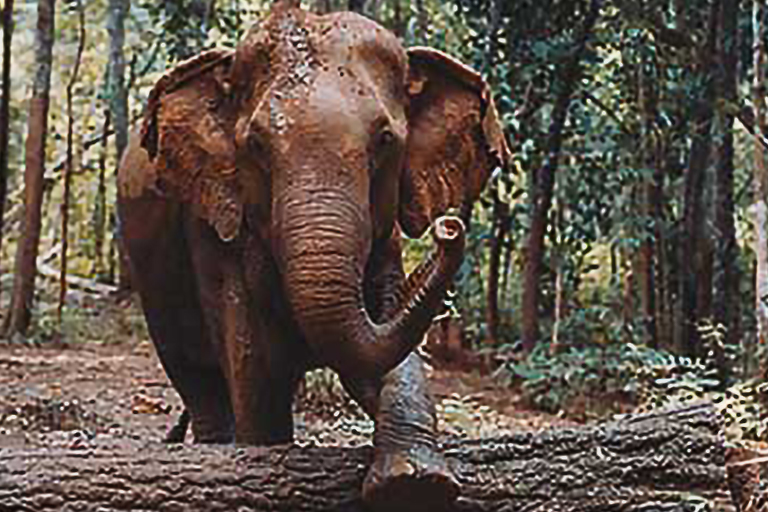 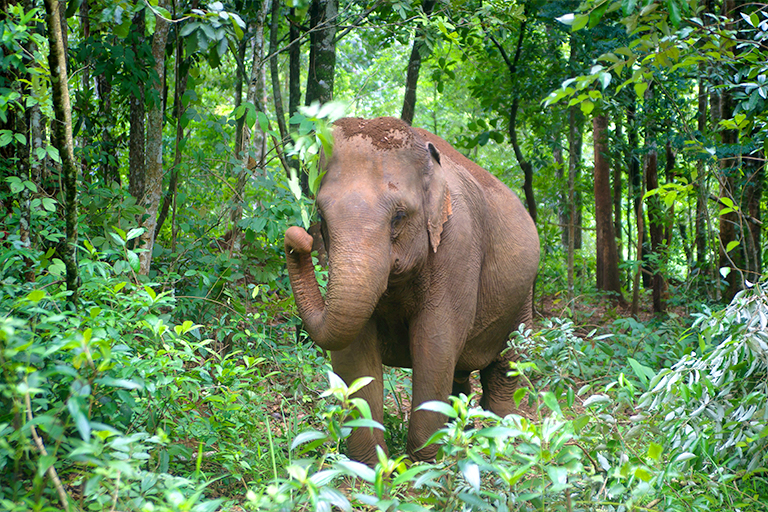 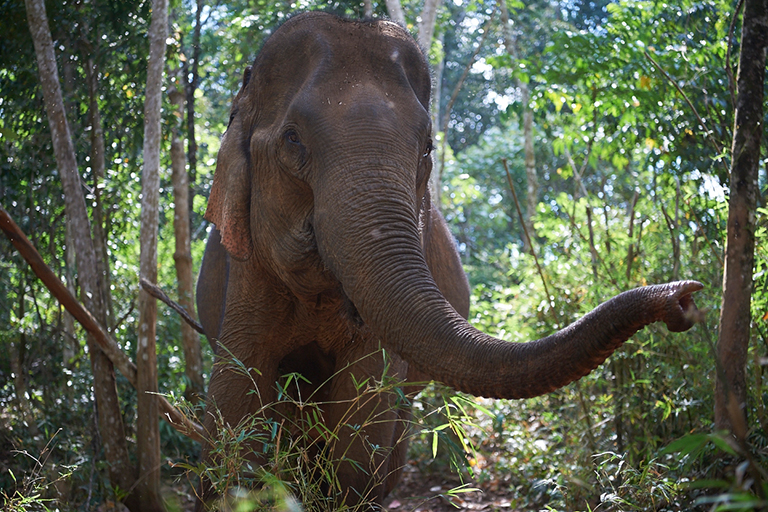 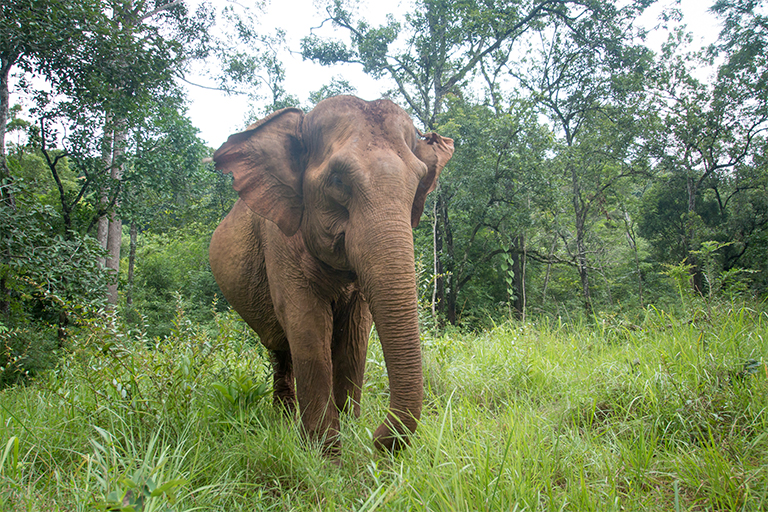 HOW YOU CAN HELP THE MONDULKIRI PROJECT

It has been a difficult 2 years due to Covid-19.  No tourists meant no income for our elephant sanctuary.

We hope things improve this year.

It would be a big help if you would sponsor one of our elephants or donate to our sanctuary.

Sponsor an Elephant
donate to our sanctuary

This sanctuary is absolutely a MUST DO experience. I cannot recommend a day at the Mondulkiri Project enough. Spending time in the beautiful forest with Mr Tree’s elephants provided an unforgettable day that rates among the best in my life. No elephants are ridden or forced to engage with visitors 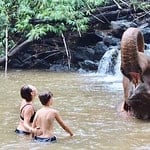 Ruth MinhallKent, UK
It was super interesting getting the background on how and why the elephants ended up here as well as how they are treated with utmost respect and gentility. It was evident the elephants felt at ease with both the guests and their mahouts and it was a pleasure interacting with such gentle and elegant animals.

AidenAustralia
We had a brilliant day here, would 1000% recommend, really friendly helpful English speaking staff. Project is very dedicated to the elephants and the local people. Great price too.

More information about our elephants.

Elephants in Cambodia are an endangered species. They are threatened by a loss of habitat, by poaching, and by being caught in snares.

Elephants have played an important part of the history of Cambodia. They were used to move the large heavy stones used to build Angkor Wat temple.

There are approximately 75 captive elephants in Cambodia. About 50 of these live in Mondulkiri Province. 14 are used for elephant rides at Angkor Wat temple in Siem Reap.

In the forests of Cambodia there are approximately 400 elephants living in the wild. About 250 of these live in Mondulkiri Province. Another large population are in the Cardamon Mountains to the east.

As more roads are built in Mondulkiri, more logging and habitat destruction is further endangering the future of elephants in Cambodia.

Visit the jungles of Cambodia.

Mondulkiri is the largest province in Cambodia. It is 6 hours drive east of Phnom Penh and 8 hours drive south east of Siem Reap. It borders with Vietnam to the east and Ratanakiri Province to the North.

Not many tourists visit Mondulkiri so it is a good place to escape the crowds and enjoy fresh mountain air.

Sen Monorom is the major town in the province of Mondulkiri. One of the first things you will notice about Sen Monorom is that the climate is much cooler than the rest of Cambodia because it is located 800m about sea level.

The main thing to do on your visit to Mondulkiri is to visit our elephant sanctuary. Jungle trekking and visiting waterfalls are also popular activities. Coffee plantations and avocados are specialties of the area.

Unlike other areas of Cambodia, the majority of people living in Mondulkiri are not Khmer. Instead they are local indigenous Bunong, or hill tribe. The Bunong have been using elephants for transport, farming and logging for many years. They also have small farms cut into the jungles where they grow food to sell at the markets in Sen Monorom.

Complete all the details on the form and we will get back to you within 24 hours to confirm your booking.

If you have any questions, please read our FAQ section before emailing us.